doulCi Team icloud bypass server. you was able to Bypass the iCloud with doulCi MAGIC-LINE for free.

A Letter From doulCi Team.

* doulCi Bypass Server source codes Cleaned, and soon in github.org, with the examples of codes you can build your own custom bypass server and know how-to activate iCloud with doulCi. Also! We are going to publish two new write up's about bypass hacks on this website.

* doulCi Activator ZIP files gotten from the web-searches is not a doulCi Team Software, we have not published any iCloud Bypass Software on the web. We just had doulCi Server with MAGIC LINE, and a video on youtube showing the software educative solution. Please Note that We are NOT RESPONSIBLE FOR ANY DAMAGES TO YOUR COMPUTERS IF YOU HAVE USED ONE OF THEM OR OTHER THINGS THEN DOULCI ICLOUD BYPASS SERVER WHEN IT WAS ONLINE.

Welcome to doulCi! The free, unique & the only working iCloud bypass server. Before it get's patched

The greatest trick of these scam artists is not that they copy @MerrukTechnolog (Maroc-OS) / @Merruk.
But it's when they make/tell everyone else think they are not!

- doulCi was built with love for people, to give them a second chance to get there iDevices working again (locally iCloud free, bypassed) for simple use, if you use iCloud we have made this project because we are thinking about you, and how we can be helpful for you and your family's safety. This amazing iCloud Hack tool called doulCi can bypass the iCloud Activation Lock and get your device working again, partially (we do not give you a bypass to forgot password for iCloud, login iCloud email, personal iCloud activation infos or how to use iCloud but we give you just a hack iCloud help with our free service to bypass it if you know how to activate iCloud with this tool), so you can get back your digital life, contacts, mail, notes, etc... Without giving you a full access to the cellular network, or a full functional device, because we are not sure that you are the real owner of this bypassed iDevice.
- doulCi bypass is built only for personal use, and conditionally for the original owners which have lost/got hacked or forgot there iCloud login informations. Please! Use it at your own risk.
Thanks for all the grateful people who we love. And because they believe in us and our free iCloud bypass service.

Help doulCi if you have used it. Support the the first & only server for iCloud activation lock Bypass published on the web.

Why doulCi is up, Scammers & Thiefs, are using doulCi name for scam.

This website is still up only for proof reasons

- doulCi.com still up only until today just for proof reasons, and to let people know about that this website is the only, was and still the official doulCi bypass website.

- Also, to let them know about the server with the magic line and all the was suspended in the last months of 2014, after Apple patched the two vulnerabilities used in that bypass.

- Because i want to make it clear for all my followers and people who comes from search engines, if we shut-down, others will be free and only on the web, they will lie to you without any reason, just because they want to stole your money or do something else bad.

- The word "doulCi" has been stolen by scammers and thief’s, and everyone now on the internet claims that he is part of what was so called "doulCi Team", they are all scammers, and i/we have never released a software or a programme to bypass Apple's iCloud called "doulCi Activator, doulCi Kitchen, doulCi Programme, doulCi Registrations, doulCi Server Licences, etc..." or anything else, the above words are all scam except for doulCi Kitchen that i have only published an article about it in my website "merruk.com". If you found a software or someone else claim he have it then it's a lie, again.
- just because am afraid from those scammers and thief's to use it (doulCi Kitchen) for other lies, ad-ware, spyware, malware, virus/trojan to build bot-nets and/or other scam proposes, and because scammers maked the name "doulCi" really bad and a reflection of scam, i decided to do not release it and only write an article about the basics of how it works on this article doulCi Kitchen, a.k.a. doulCi 2.0 just after the article that talks about leaving Apple's products and any other researches about it here, Maroc-OS's Goodbye Article Introduction..

- The new Developed method of this iCloud ByPass didn't released for public, but an article of PoC details was published in merruk.com as i said above, and PoC tests provided/proofed in twitter by @MerrukTechnolog, in the middle of 2015.

- After publishing the detailed techniques by about 6 or 7 months later only one other person has got a way to do it, because we had some shared infos from both parts, this method is only works for iOS 7.1.1 and lower, otherwise everything published on the internet now are just scam/viruses or thief in about 90% of cases, the last 10% cases uses illegal ways to do this which I never agree or accept to be one of them, and there prices are very heigh.

- Maybe after some time, when ll be sure there are no people who will use me and my research to do illegal things or get money from free knowledges/services that is shared for free, then I can open-source this doulCi Kitchen method.

"I already told you that you're THE BEST, AMAZING, MASTER. I really thanks you"

iCloud Bypass : doulCi is the world's first alternative iCloud server, and the world's first iCloud Activation Bypass. doulCi will bypass and activate your iDevice for you when you are stuck at the activation menu.
So, why would you use it? For example, if you have forgot your iCloud email Apple ID or password, or you are no longer have access to your old iTunes email account, then its impossible to regain control of your Apple Product! no iCloud mail account will be given to you. doulCi iCloud bypass server is the only solution on the web that will enable you to regain the permanent access of your Apple iDevice and give it back to you without using the original icloud account email and password, but there is some limitation, you have no control of cellular data and no cellular network.
More Information and iCloud help will follow soon if you forgot iCloud! so stay tuned on merruk.com or doulci.com 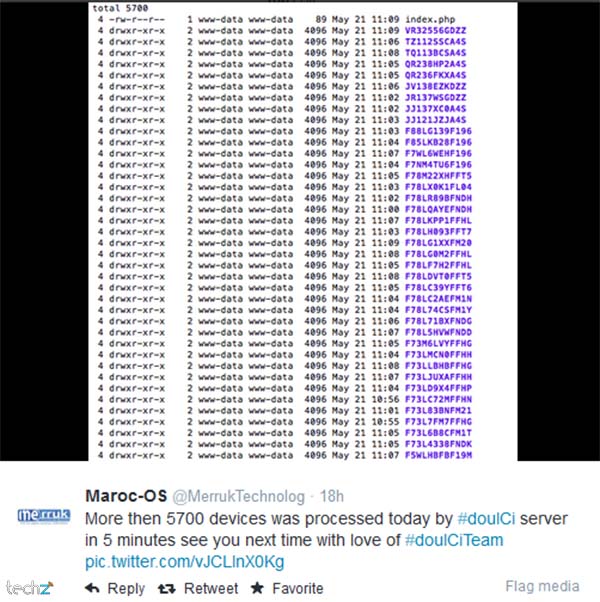 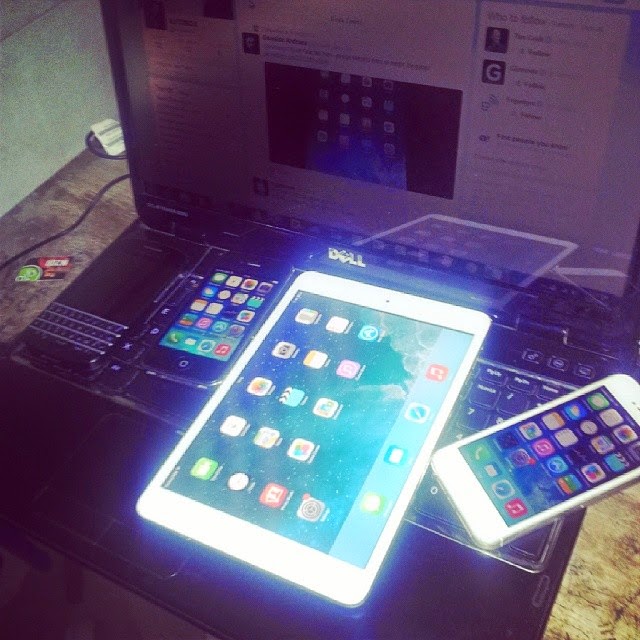 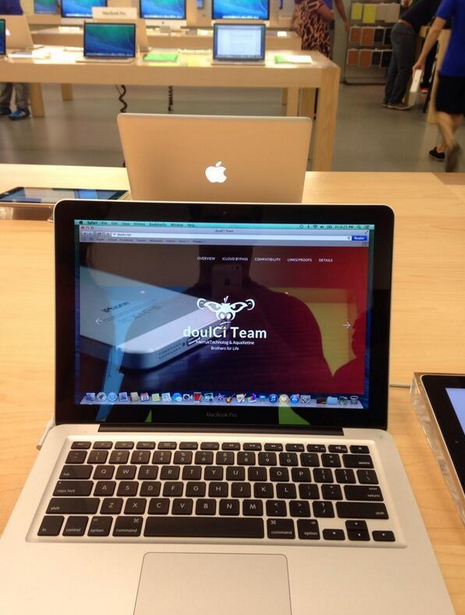 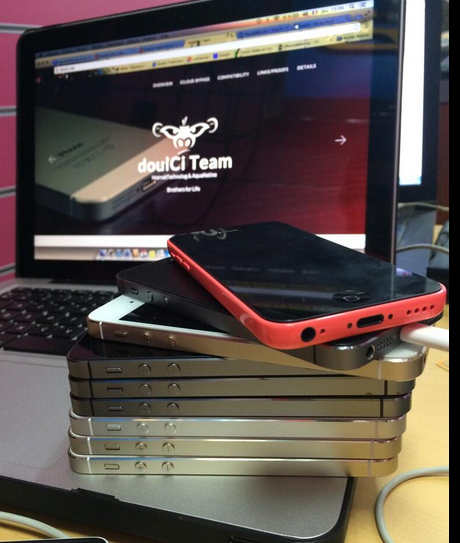 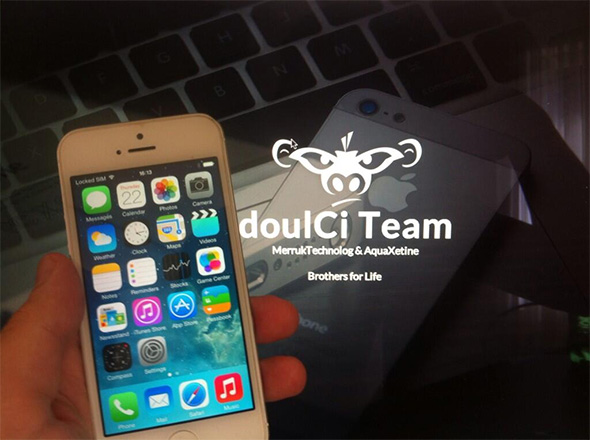 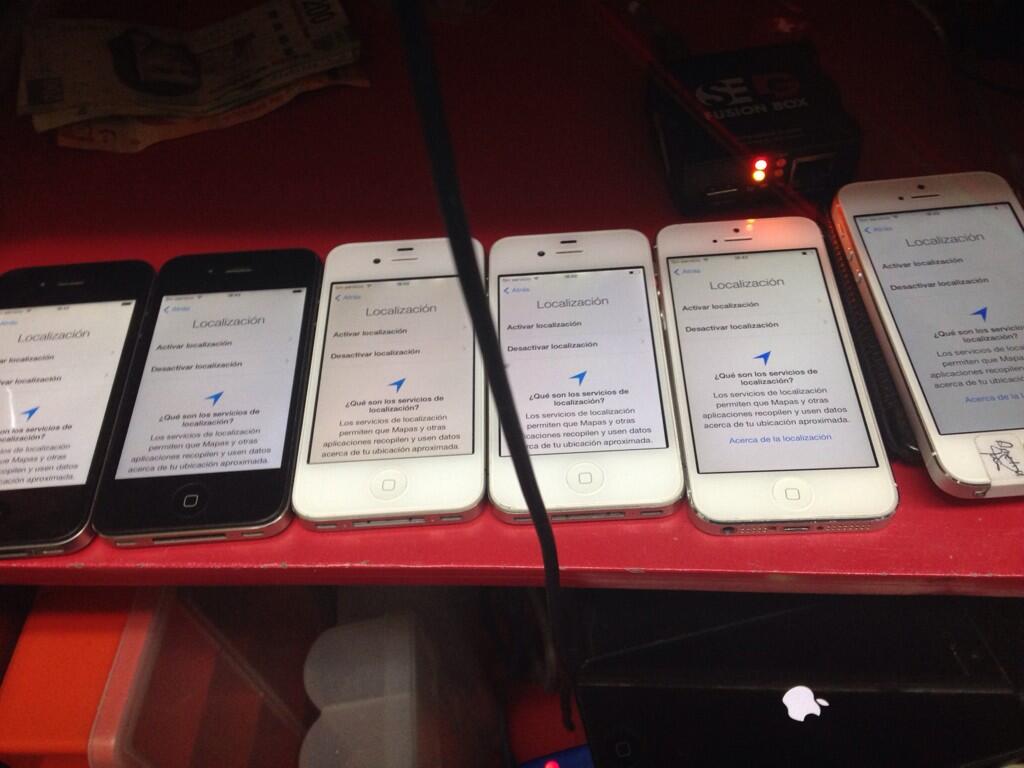 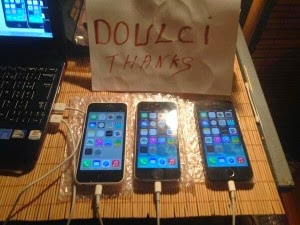 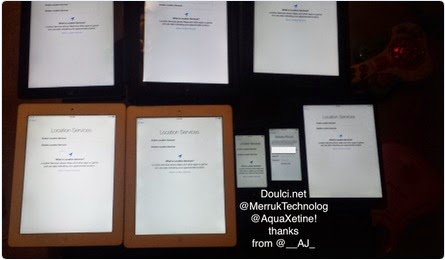 We Had Support for All Apple iDevices!

GSM iPad's and iPhone 4S, iPhone 5 (C) (C), Still In Beta Testing, and needs a SIM Card with pin active on it to bypass the activation loop state. Please follow doulCi Team members on twitter or the Official doulCi websites for daily updates.

Do you want proof of some iCloud Bypassed devices?

This is the first conversation that proof what gadgetwide using as server is the real and only working platform (doulCi). 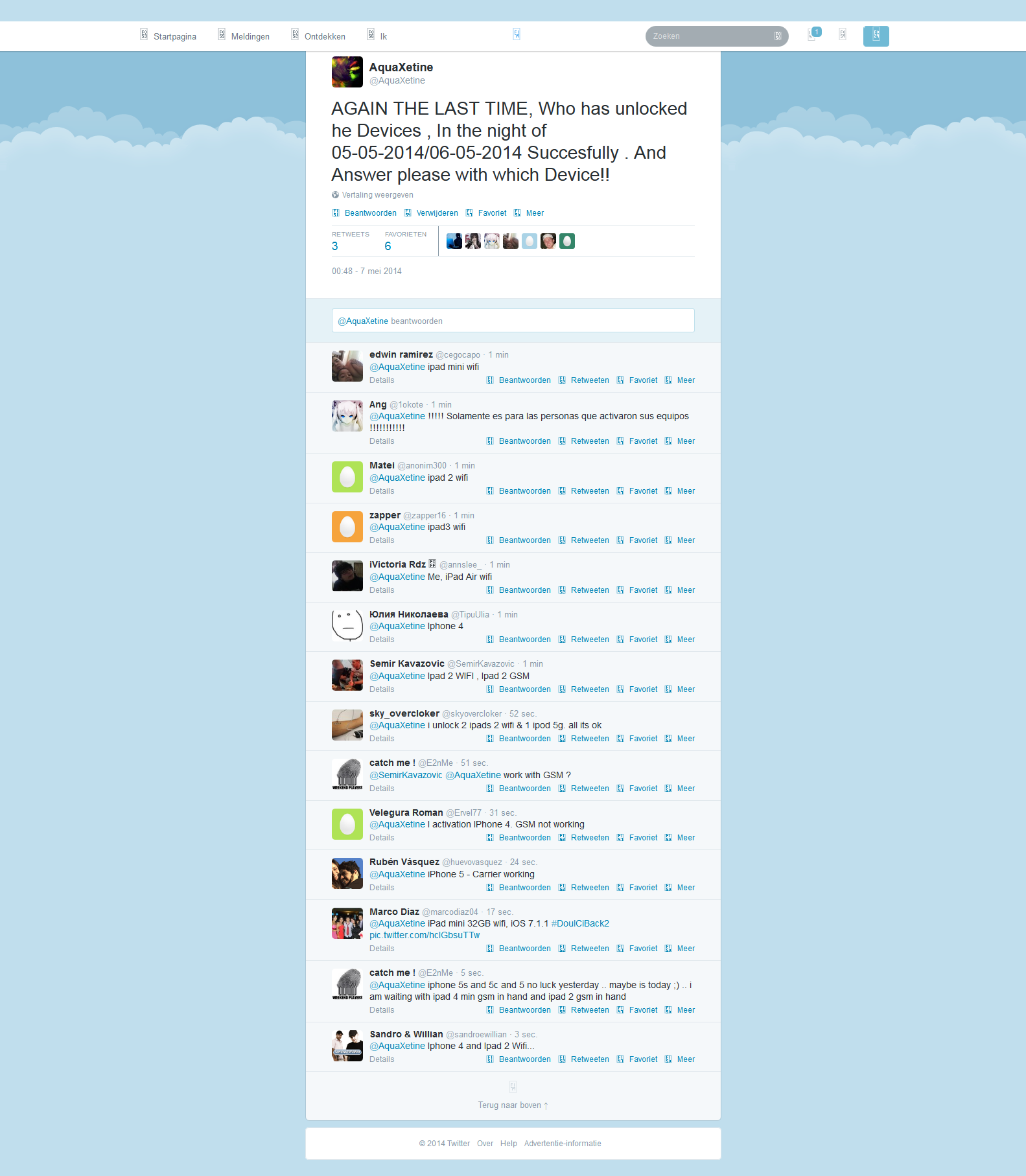 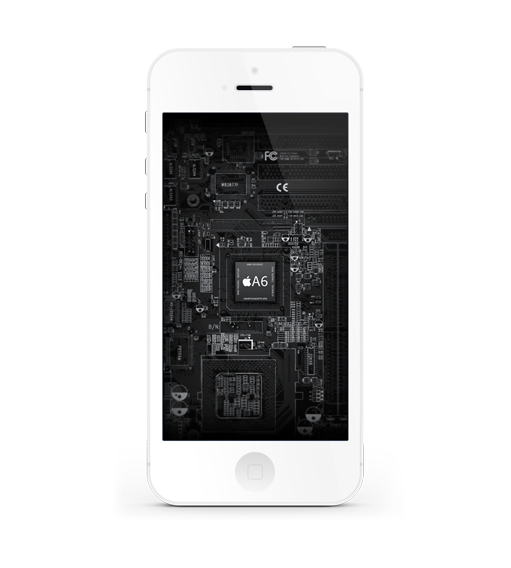 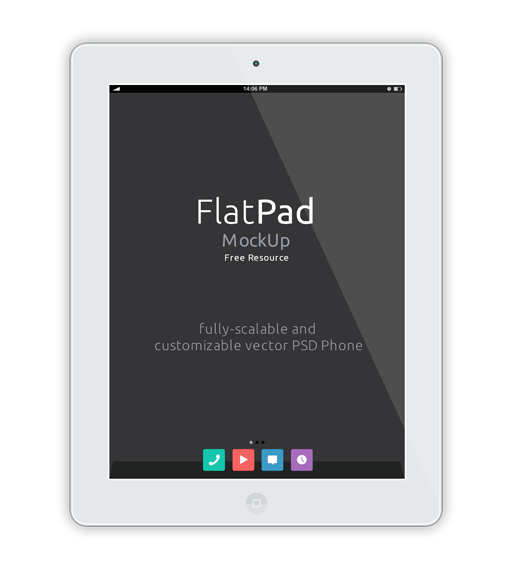 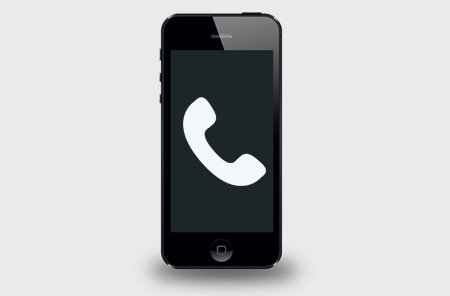 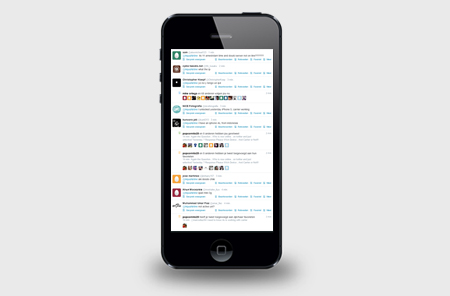 Using doulCi bypass Server is a very simple process. Just Add the "MAGIC LINE" to your "hosts" file on any operating system you are using to make it recognize the mac server "default Apple Albert server" as an iCloud bypass server "doulCi server", and then after just one step you will have your iCloud locked device bypassed.
All you need to do is open the famous software developed by Apple Inc. and plug-in your device to the USB port on your machine and it's totally done in seconds.
We All Love doulCi iCloud bypass.